Congratulations to Anil Yildirim and Sicheng He, PhD students in the Multidisciplinary Design Optimization (MDO) Laboratory who won first and second place in the American Institute of Aeronautics and Astronautics (AIAA) Aviation’s MDO Student Paper Competition! 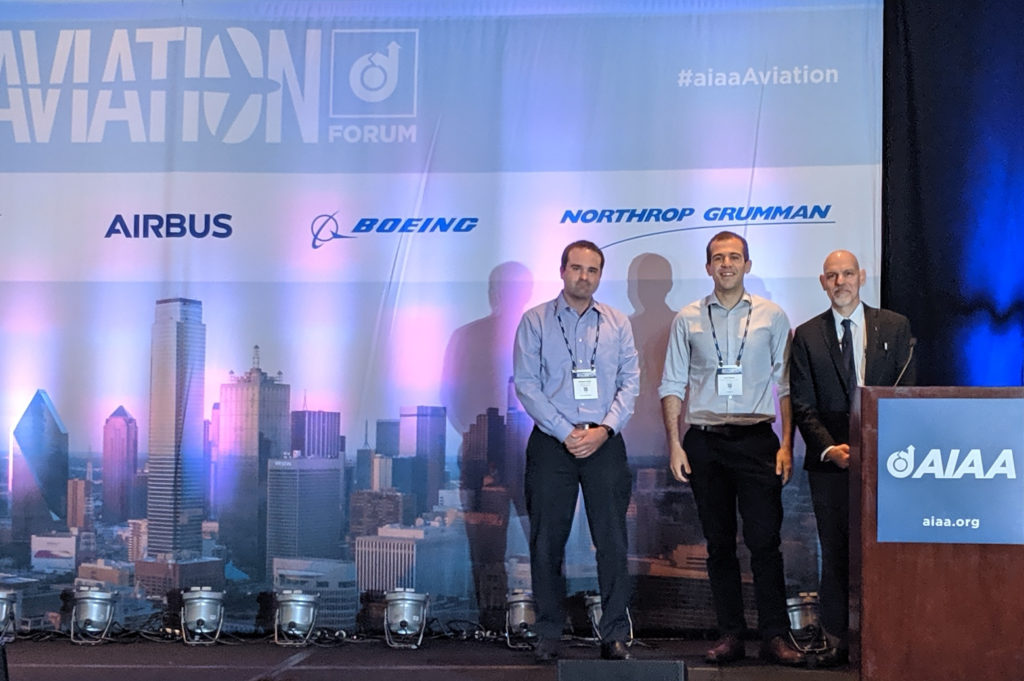 Yildirim is a PhD candidate in aerospace engineering and scientific computing who has been working with the MDO Lab since 2017. Currently, he is developing algorithms for MDO applications. His winning publication, “Aeropropulsive design optimization of a boundary layer ingestion system” discusses a concept in which “the main propulsion system or an auxiliary fan is used to ingest the wake generated by the aircraft to improve aeropropulsive performance.” Specifically, Yildirim’s research focused on optimized designs that demonstrate how shaft power, thrust, and stagnation pressure distribution at the wake are related. In the next stage of his research, Yildirim will continue working on the STARC-ABL configuration described in his paper and he will perform more design studies to better understand the design of boundary layer ingestion systems. 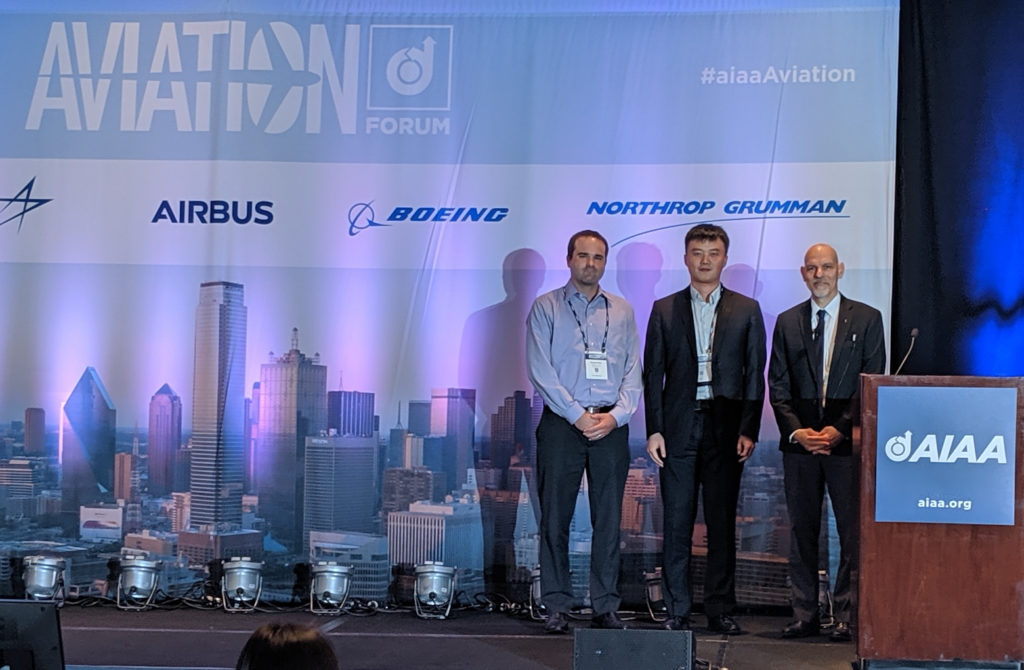 The second place winner, Sicheng He (BSAE ‘13, MSAE ‘15) is a longtime Wolverine who started his undergraduate career with UM Aerospace in 2012 UM-SJTU (Shanghai Jiao Tong University) dual degree program. His paper, “A coupled Newton–Krylov time-spectral solver for wing flutter and LCO prediction,” deals with new methods of solving for high-fidelity flutter boundary results. These results can prove useful in understanding how to prevent flight disturbances due to wing flutter. He is a fifth-year PhD student preparing to complete his degree in December 2019. His short-term goal is to apply the algorithm in the awarded paper to next-generation aircraft design; eventually, he aspires to become a professor and research ways to improve aircraft safety and efficiency.

Yildirim and He credit and thank MDO Lab Director and Aerospace Professor Joaquim Martins and the other co-authors in their papers (Justin S. Gray, Charles A. Mader, Eirikur Jonsson) for their help in securing their awards. Yildirim’s work was funded by the NASA Transformational Tools and Technologies, and Advanced Air Transport Technology projects.

This video explains the STARC-ABL configuration as described in Yildirim's paper on the design of boundary layer ingestion systems.