by Andrew Stephenson | Aerospace Engineering | November 26, 2019
Women in Aeronautics and Astronautics encourages diversity and disruptive thinking in the aerospace industry at the Dawn Seymour Women in Aerospace Conference | Medium Read 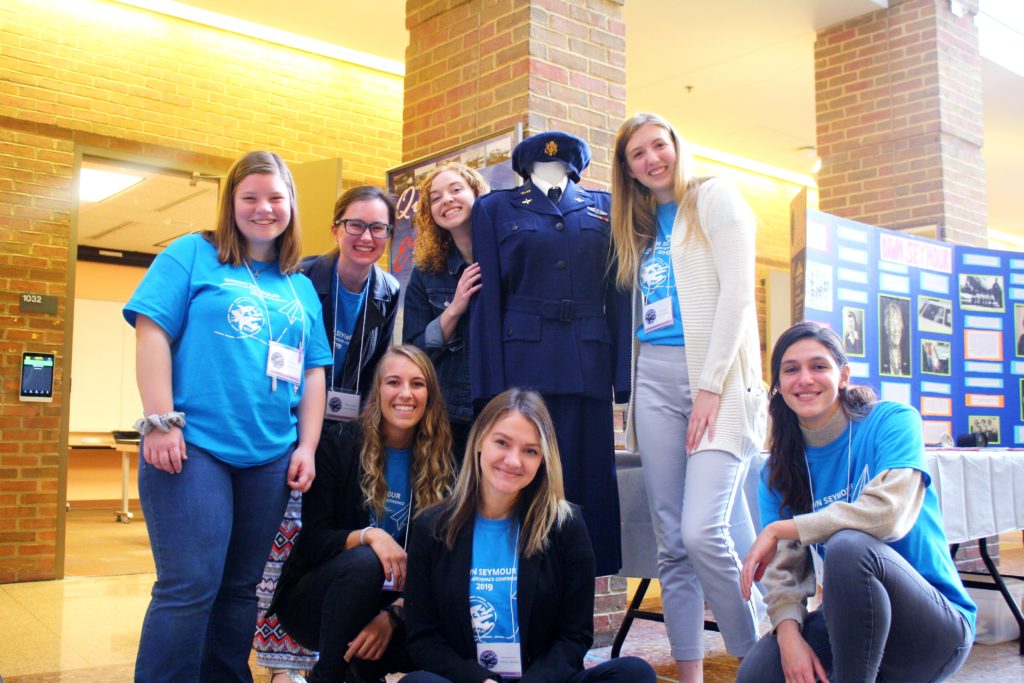 IMAGE:  WAA Members at the Dawn Seymour Women in Aerospace

On October 12-13, the University of Michigan Women in Aeronautics and Astronautics (WAA) club hosted the Dawn Seymour Women in Aerospace Conference. Eleven universities from across the country were represented at the conference, which emphasized “Disruptive Thinking” in both technology and industry practice.

Dawn Seymour was among the first women to obtain Bachelor of Science degrees, graduating from Cornell University in 1939. In 1943, she joined the Women Pilot Training Program through the US Army Air Force. During her time as a Women’s Airforce Service Pilot (WASP), Dawn was one of thirteen women trained to pilot B18F and B-17G bombers. After the WASP program was disbanded, she worked to secure recognition for her fellow female pilots. 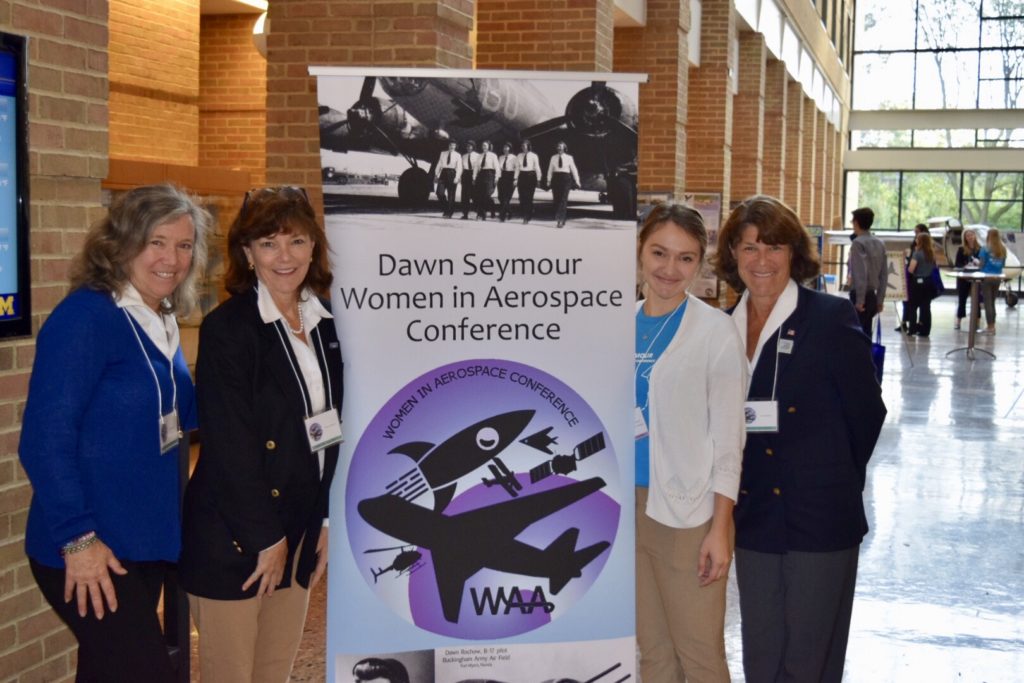 Captain Heather Ross, a test engineer who flew the Boeing 787-8 and 9, spoke on her career piloting some of the largest airplanes in the sky for Boeing and the US Air Force, following Dawn Seymour’s example of encouraging a new generation of female fliers.

Other highlights among the nineteen speakers at the conference were Professor Kathy Clark, a University of Michigan Professor of Kinesiology, who previously worked at NASA as Chief Scientist for the Human Exploration and Development of Space Enterprise and the International Space Station. In her keynote speech, “A Woman’s Reach Should Exceed Her Grasp,” she echoed the Conference’s theme of moving forward and challenging the status quo. And Colandra Bonaparte, a Michigan Alum, who shared advice for current college students that she still follows as Senior Manager at Raytheon Missile Systems.

In addition to hosting speakers, the Dawn Seymour Conference served as a networking and mentoring event for the engineering students in attendance. A series of panel discussions covered the breadth of an aerospace career, from grad school to industry and research work.

“I learned a lot from the mentors’ experience,” Said one undergraduate, “And it gave me a confidence boost.”

The Dawn Seymour Women in Aerospace Conference is the central event for the Women in Aeronautics and Astronautics club. The 2019 Conference was the first of what WAA hopes will be an annual event.